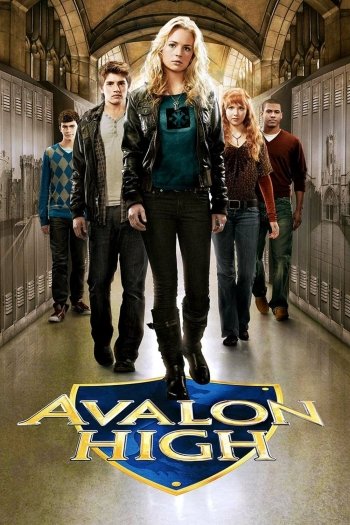 Info
Alpha Coders 2 Images
Interact with the Movie: Favorite I've watched this I own this Want to Watch Want to buy
Movie Info
Synopsis: Disney Channel's production of Julie Sherman Wolfe's screenplay adaptation of the popular novel Avalon High by Meg Cabot. Elaine "Ellie" Harrison has just moved from Minnesota to Annapolis, Maryland while her parents take a year long sabbatical to continue their medieval studies in nearby DC. Her new high school, Avalon High, seems like a typical high school with the stereotypical students: Lance the jock, Jennifer the cheerleader, Marco, the bad boy/desperado, and Will, the senior class president, quarterback, and all around good guy. But not everyone at Avalon High is who they appear to be, not even Ellie herself. Eventually, it becomes apparent that Avalon High is a situation where the ancient Arthurian legend is repeating itself. Will, Jennifer, Lance, Marco, and Mr. Morton all correspond to King Arthur, Queen Guinevere, Knight Lancelot, Mordred, and Merlin, respectively.