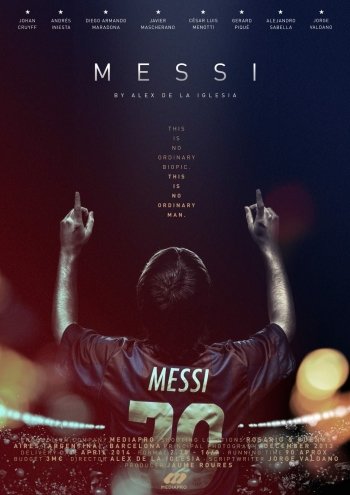 Info
1 Images
Interact with the Movie: Favorite I've watched this I own this Want to Watch Want to buy
Movie Info
Synopsis: His teachers, coaches, childhood friends and Barça teammates, together with journalists, writers and prominent figures from the history of football, come together in a restaurant to analyze and pick apart Messi's personality both on and off the field, and to look back at some of the most significant moments in his life. Viewed from Álex de la Iglesia's unique perspective, Messi recreates the player's childhood and teenage years, from his very first steps, with a football always at his feet, through to the decision to leave Rosario for Barcelona, the separation from his family, and the role played in his career by individuals such as Ronaldinho, Rijkaard, Rexach and Guardiola.

View the Full Cast of Messi