Info
Alpha Coders 1 Wallpapers 46 Images
Interact with the Movie: Favorite I've watched this I own this Want to Watch Want to buy
Movie Info
Synopsis: Greg Focker is ready to marry his girlfriend, Pam, but before he pops the question, he must win over her formidable father, humorless former CIA agent Jack Byrnes, at the wedding of Pam's sister. As Greg bends over backward to make a good impression, his visit to the Byrnes home turns into a hilarious series of disasters, and everything that can go wrong does, all under Jack's critical, hawklike gaze.

View the Full Cast of Meet the Parents 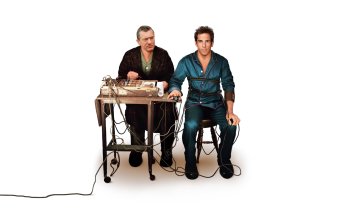