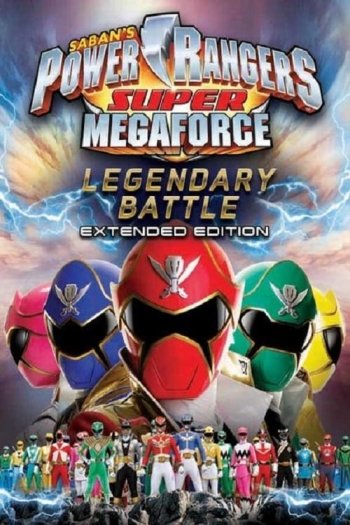 Info
1 Images
Interact with the Movie: Favorite I've watched this I own this Want to Watch Want to buy
Movie Info
Synopsis: Heroic teens Troy, Noah, Emma, Gia, and Jake have defended our planet countless times as the newest generation of Power Rangers. But when evil Emperor Mavro launches his entire alien Armada in a final strike against Earth, these five best friends are called back into action! To defeat the greatest threat the galaxy has ever seen, the Megaforce will reunite with their alien friend Orion, and fight alongside over a hundred Rangers from the past - including Tommy, the original Mighty Morphin Green Ranger - in the most legendary battle in Power Ranger history!