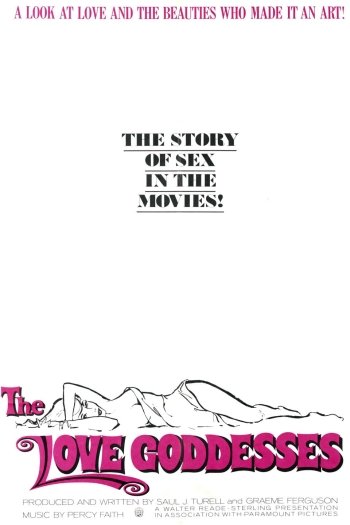 Info
1 Images
Interact with the Movie: Favorite I've watched this I own this Want to Watch Want to buy
Movie Info
Synopsis: This insightful documentary features some of the major and most beautiful actresses to grace the silver screen. It shows how the movie industry changed it's depiction of sex and actresses portrayal of sex from the silent movie era to the present. Classic scenes are shown from the silent movie, True Heart Susie, starring Lillian Gish, to Love Me Tonight (1932), blending sex and sophistication, starring Jeanette MacDonald (pre-Nelson Eddy) and to Elizabeth Taylor in, A Place in the Sun (1951), plus much , much more.


Tagline: The Story of Sex in the Movies!

View the Full Cast of The Love Goddesses