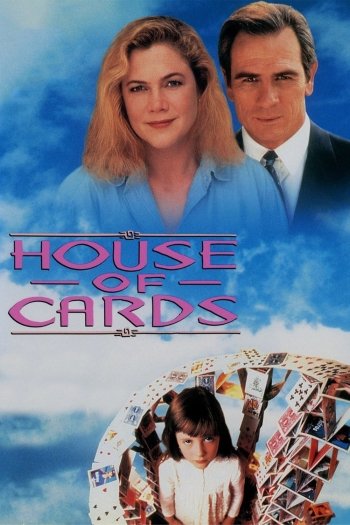 Info
Alpha Coders 1 Images
Interact with the Movie: Favorite I've watched this I own this Want to Watch Want to buy
Movie Info
Synopsis: When Ruth Matthews's husband is killed in a fall at an archaeological dig, her daughter Sally handles her father's death in a very odd manner. As Sally's condition worsens, Ruth takes her to see Jake, an expert in childhood autism. Jake attempts to bring Sally out of her mental disarray through traditional therapy methods, but Ruth takes a different route. She risks her own sanity by attempting to enter her daughter's mind and make sense of the seemingly bizarre things that Sally does, including building a wondrous house of cards


Tagline: A Journey That Will Open Your Mind... And Touch Your Heart.