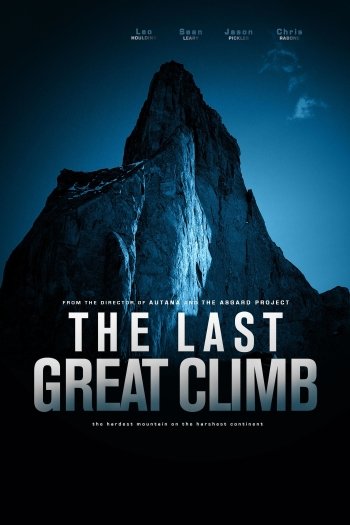 Info
Alpha Coders 1 Images
Interact with the Movie: Favorite I've watched this I own this Want to Watch Want to buy
Movie Info
Synopsis: The 2013 film from Alastair Lee is an epic to end all mountain epics se t in the stunning mountains of Queen Maud Land, Antarctica. The feature documentary follows top adventure climber Leo Houlding with his tried and tested team of Jason Pickles and Sean ‘Stanley’ Leary as they attempt to make the first ascent of the NE ridge of 'the master piece of the range'; the majestic Ulvetanna Peak (2931m). One of the most technically demanding climbs in the world’s harshest environment. The film tells the story of a climber's life long dream reach one of the world's most remote and difficult summits, interweaved with the fascinating story of the mountain itself; which incredibly was only discovered in 1994. All set against the backdrop of the current age of mountaineering where few great lines remained unclimbed.