Movie Abyss Out on a Limb 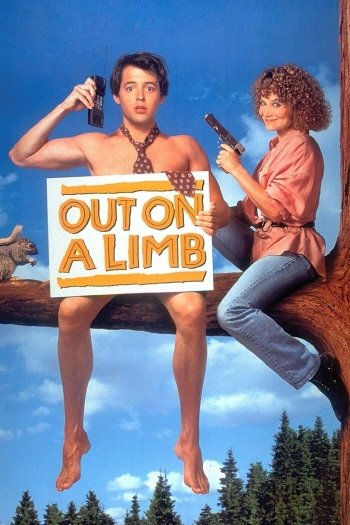 Out on a Limb

Info
1 Images
Interact with the Movie: Favorite I've watched this I own this Want to Watch Want to buy
Movie Info
Synopsis: While heading to the town where his sister, Marci, lives, big-city banker Bill Campbell is robbed by a woman who takes everything he has, including his clothes and a business document worth millions of dollars. Bill eventually reunites with Marci, who is in a tizzy because she thinks their stepfather has been killed. While trying to determine if his sister is right, Bill must also get back his valuable paperwork.


Tagline: He's got 24 hours to find his missing wallet with a phone number worth a hundred million dollars. There's only one place he hasn't looked...

View the Full Cast of Out on a Limb