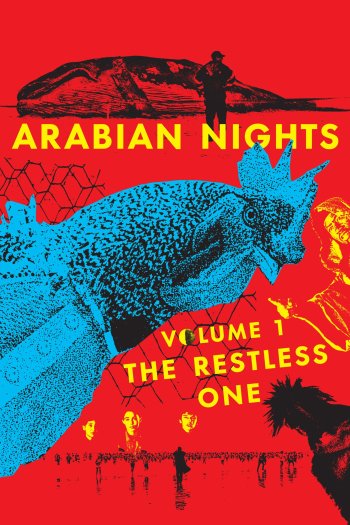 Arabian Nights: Volume 1, The Restless One

Info
Alpha Coders 1 Images
Interact with the Movie: Favorite I've watched this I own this Want to Watch Want to buy
Movie Info
Synopsis: Every night, in danger of being beheaded, Scheherazade tells King Shahryar unfinished tales to continue them the following night, hence defying his promise of murdering his new wives after their wedding night. Scheherazade tells king Shahryar her stories but these are not those in the book. These are stories based on whatever will be happening in Portugal during the production time of the film. As in the book, these stories will be tragic and comical, with rich and poor, powerless and powerful people, filled with surprising and extraordinary events. This film will be about the reality of a disgraced country, Portugal, under the effects of a global economic crisis.