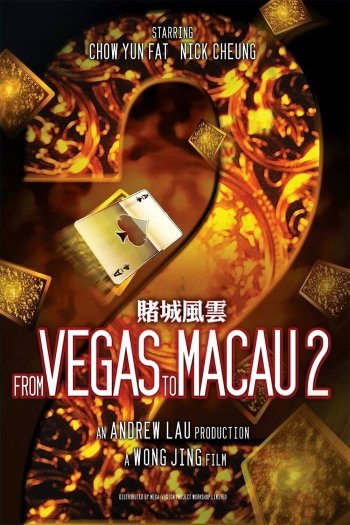 From Vegas to Macau II

Info
Alpha Coders 1 Images
Interact with the Movie: Favorite I've watched this I own this Want to Watch Want to buy
Movie Info
Synopsis: Following his confrontation with the nefarious DOA organization, Ken (Chow Yun Fat) is looking forward to going back to enjoying his retirement. His rest is cut abruptly short when his protégé Vincent (Shawn Yue), who's now working for Interpol, asks for Ken's help in taking down the real mastermind behind DOA, Aoi. The two head to Thailand, where DOA's former chief accountant Mark (Nick Cheung) has escaped with his daughter.