Info
1 Wallpapers 1 Images
Interact with the Movie: Favorite I've watched this I own this Want to Watch Want to buy
Movie Info
Synopsis: Mystery Train interweaves three engrossing stories, all influenced by the Elvis Presley song of the same name and his beloved hometown of Memphis. As the characters paths collide through laughter, fear and fate; you can practically feel the presence of the King himself in every scene and his legacy impressed on a generation of equally lost souls in this wry, brilliantly structured comedy. 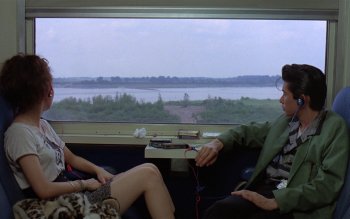