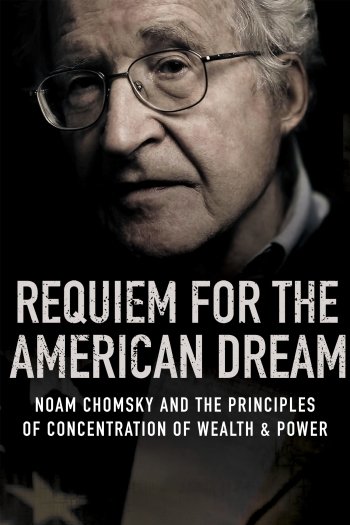 Requiem for the American Dream

Info
Alpha Coders 1 Images
Interact with the Movie: Favorite I've watched this I own this Want to Watch Want to buy
Movie Info
Synopsis: Through interviews filmed over four years, Noam Chomsky unpacks the principles that have brought us to the crossroads of historically unprecedented inequality – tracing a half-century of policies designed to favor the most wealthy at the expense of the majority – while also looking back on his own life of activism and political participation. He provides penetrating insight into what may well be the lasting legacy of our time – the death of the middle class, and swan song of functioning democracy.


Tagline: Noam Chomsky and the PRINCIPLES of CONCENTRATION of WEALTH & POWER