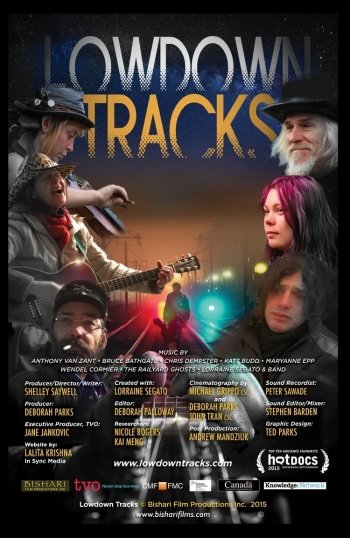 Info
Alpha Coders 1 Images
Interact with the Movie: Favorite I've watched this I own this Want to Watch Want to buy
Movie Info
Synopsis: Their songs are melodies for the masses, filling subway platforms and street corners, yet the singers remain unknown. Some are homeless, others “home free.” Their personal histories vary as much as their voices, but their music unifies their point of view from the margins of society. Inspired by depression-era recordings of early American folk songs, filmmaker Shelley Saywell and singer and activist Lorraine Segato of The Parachute Club set out to document a new catalogue of songs and stories from five of Toronto’s modern troubadours. Their lyrics are honest, heartfelt and passionate, but their freedom to perform is threatened by the city’s bureaucratic busker system. Shining a light on the struggles they face—be it in shelters, with social programs, with their addictions and abuse—a soundtrack evolves from the island ferry docks and freeway underpasses, rooming houses and rooftops, showing us that music is the common language in this empowering celebration of survival.