Info
Alpha Coders 1 Wallpapers 2 Art 4 Images
Interact with the Movie: Favorite I've watched this I own this Want to Watch Want to buy
Movie Info
Synopsis: It is nearly ten years after Voyager's return from the Delta Quadrant, and the Federation is in a crisis. The Federation's main suppliers of dilithium crystals are disappearing. Space and time have folded around several planets, effectively isolating them from any contact with outside worlds. And this phenomenon is not natural - someone or something is causing this to happen. This necessitates drastic measures; some of which are outside the Federation's normal jurisdiction. For this, Admiral Pavel Chekov, head of Starfleet Intelligence, turns to Commander Tuvok, Voyager's former security officer and current head of the newly reorganized Section 31. Tuvok must put together a new covert, renegade crew - mostly outcasts and rogues - even criminals. This new crew is tasked with finding out what is causing the folding of time and space, and stopping it - at all costs. 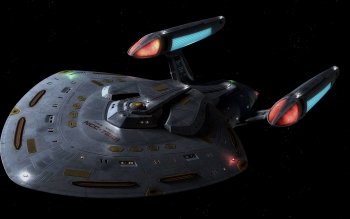