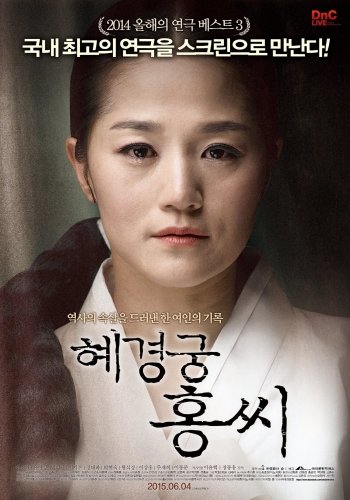 Info
1 Images
Interact with the Movie: Favorite I've watched this I own this Want to Watch Want to buy
Movie Info
Synopsis: Jeong Jo holds a birthday party in the new Hwaseong Temporary Palace to celebrate his mother Princess Hong's 60th birthday. He elects his father Prince Sado in the name of King Jang Jo and Princess Hong meets the ghost of the dead Prince Sado. She follows her memory and retraces the steps back into her past life, going back and forth the boundaries of life and death.