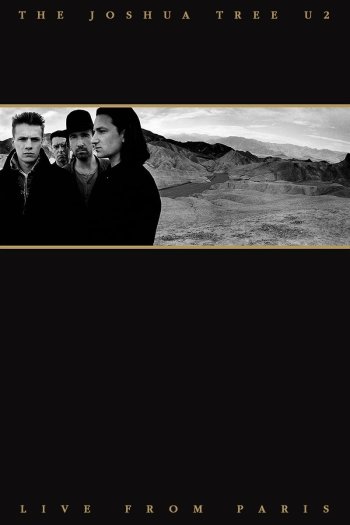 U2: The Joshua Tree (Bonus DVD)

Info
Alpha Coders 1 Images
Interact with the Movie: Favorite I've watched this I own this Want to Watch Want to buy
Movie Info
Synopsis: On 20 November 2007, a 20th anniversary edition of The Joshua Tree was released. Three-disc box set came with bonus audio CD and DVD. The bonus DVD features live concert footage, a documentary, and two music videos. The disc includes Live from Paris, an 85-minute concert from 4 July 1987 that was originally broadcast on British television in celebration of the 25th anniversary of Island Records. It was later released as a live album through the iTunes Store in July 2008; three cover songs are excluded from both releases of the concert. The documentary, titled Outside It's America, was a 1987 MTV production about The Joshua Tree Tour. The two music videos are an alternate version "With or Without You" and the previously unreleased video for "Red Hill Mining Town". Footage of U2's alter ego country band, The Dalton Brothers, is included on the disc as an Easter egg.