Movie Abyss The Rolling Stones: From The Vault - The Marquee Club 1971 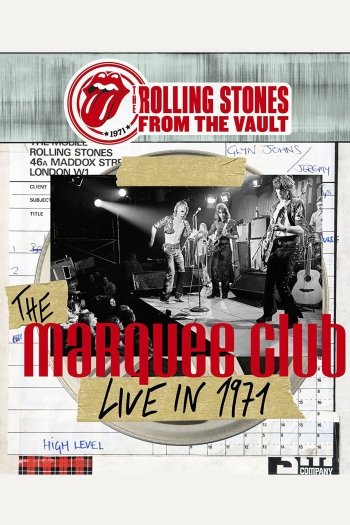 The Rolling Stones: From The Vault - The Marquee Club 1971

Info
1 Images
Interact with the Movie: Favorite I've watched this I own this Want to Watch Want to buy
Movie Info
Synopsis: 'From The Vault' is a series of live concerts from The Rolling Stones archive which are getting their first official release. 'The Marquee Live In 1971' is the latest addition to the series. The show was filmed at London's legendary Marquee club on March 26th 1971, shortly after the finish of the band's 1971 UK tour and about a month before the release of the 'Sticky Fingers' album in late April. Mick Taylor was now fully integrated into the group and the band had used the tour to showcase some of the tracks from the forthcoming album. The show at the Marquee was filmed for American television and four songs from the 'Sticky Fingers' album were featured, including the rarely performed 'I Got The Blues'. The footage has now been carefully restored and the sound has been newly mixed by Bob Clearmountain for this first official release of the show.