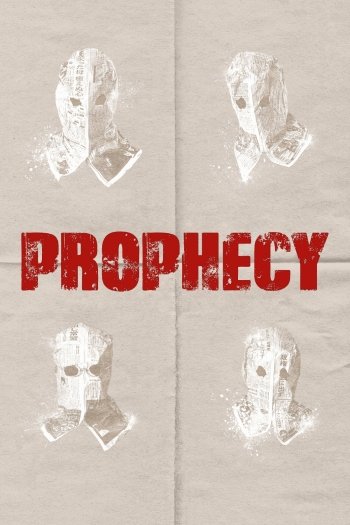 Info
1 Images
Interact with the Movie: Favorite I've watched this I own this Want to Watch Want to buy
Movie Info
Synopsis: The cyber crime investigation division at the Tokyo Metropolitan Police Department finds a video on website "YOURTUBE." In the video, a man covered by a newspaper, warns that a fire will be set at a food processing company. More crime notices are soon found involving violent crimes. Geitsu is the main guy behind the group "Shinbunshi," which has posted the videos. He used to work as a temporary employee at an IT company, but was unfairly dismissed. He then begins doing manual labor work and meets the other members of "Shinbushi."

View the Full Cast of Prophecy