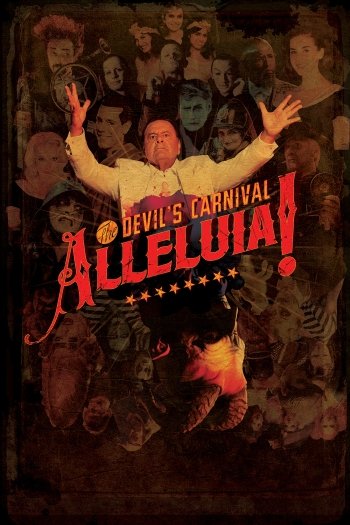 Info
1 Images
Interact with the Movie: Favorite I've watched this I own this Want to Watch Want to buy
Movie Info
Synopsis: Lucifer incites Heaven’s wrath by dispatching train cars of condemned souls a-crashin’ through the pearly gates. As God plots to put an end to the rebellious deeds, a fable is told, and the midway gets set for a fateful reunion between God’s Agent and Hell’s Painted Doll, promising to make sinner and saint alike scream Alleluia!


Tagline: Hell ain't got a prayer.

View the Full Cast of Alleluia! The Devil's Carnival