Info
Alpha Coders 1 Wallpapers 21 Images
Interact with the Movie: Favorite I've watched this I own this Want to Watch Want to buy
Movie Info
Synopsis: The story, set in 1885, follows a British officer (Heath Ledger) who resigns his post when he learns of his regiment's plan to ship out to the Sudan for the conflict with the Mahdi. His friends and fiancée send him four white feathers which symbolize cowardice. To redeem his honor he disguises himself as an Arab and secretly saves the lives of those who branded him a coward.


Tagline: Freedom. Country. Honor. Passion. To save his best friend, one man must risk everything he loves. 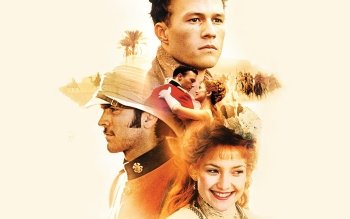 High Noon
Nothing
Mountains of the Moon
Ashanti
Noble House