Movie Abyss All the President's Men

Info
Alpha Coders 1 Wallpapers 4 Images
Interact with the Movie: Favorite I've watched this I own this Want to Watch Want to buy
Movie Info
Synopsis: During the 1972 elections, two reporters' investigation sheds light on the controversial Watergate scandal that compels President Richard Nixon to resign from his post.


Tagline: At times it looked like it might cost them their jobs, their reputations, and maybe even their lives.

Recent All the President's Men Wallpapers 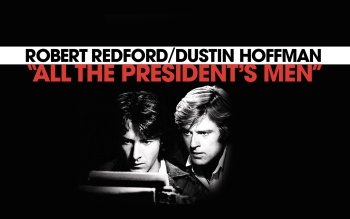 The Conversation
The Sound of Fury