Info
Alpha Coders 1 Wallpapers 14 Images
Interact with the Movie: Favorite I've watched this I own this Want to Watch Want to buy
Movie Info
Synopsis: A 707 aircraft jetliner, en route from Athens to Rome and then to New York City, is hijacked by Lebanese terrorists, who demand that the pilot take them to Beirut. What the terrorists don't realize is that an elite team of commandos have been called in to eliminate all terrorists on the jetliner.


Tagline: They don't negotiate with terrorists... they blow them away!

View the Full Cast of The Delta Force 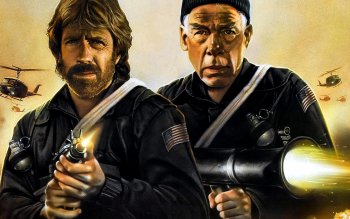 Road of no Return

Pterodactyl
The Witches Hammer
Shinkansen Daibakuha
The Assault
The Assignment