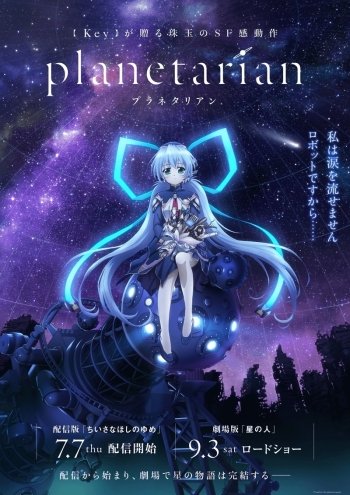 Info
1 Images
Interact with the Movie: Favorite I've watched this I own this Want to Watch Want to buy
Movie Info
Synopsis: The film adapts and expands the Planetarian visual novel by Key. The story is set in a dystopian future where biological and nuclear warfare has left a once prosperous civilization in complete ruin. The film tells the story of an old man travelling around with a mobile planetarium projector to show people the stars.