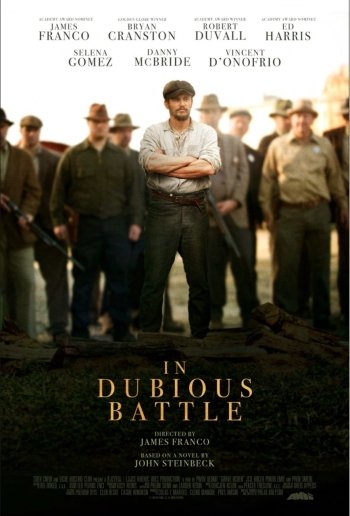 Info
4 Images
Interact with the Movie: Favorite I've watched this I own this Want to Watch Want to buy
Movie Info
Synopsis: In the California apple country, nine hundred migratory workers rise up "in dubious battle" against the landowners. The group takes on a life of its own-stronger than its individual members and more frightening. Led by the doomed Jim Nolan, the strike is founded on his tragic idealism-on the "courage never to submit or yield."

View the Full Cast of In Dubious Battle