Movie Abyss A Comedy of Tears 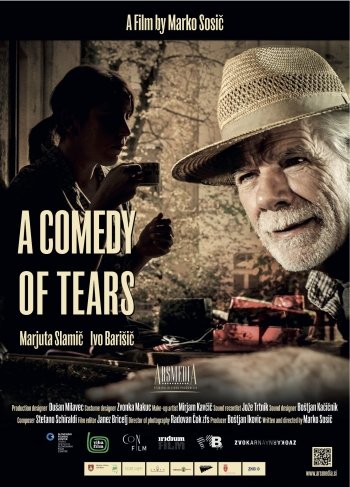 A Comedy of Tears

Info
Alpha Coders 4 Images
Interact with the Movie: Favorite I've watched this I own this Want to Watch Want to buy
Movie Info
Synopsis: Albert is an elderly man, a cynic, a choleric, and a racist. He lives in a wheelchair in a spacious flat in Trieste surrounded with his solitude of obsessive memory fragments, in which his unresolved relations with family members reside as he had distanced himself from them long time ago. His only contacts with reality are Ida on one hand, an educated middle-aged lady, who arrives from Istria to Albert's place twice a week to clean up, cook for him and to bathe him, and Albert's looking through the window on the other hand. That day Albert's and Ida's time together starts with Albert's nagging, him being cynical and aggressive. Ida puts up with his horrible communication with dignity and peace, but that ignites Albert's malicious behaviour even more.