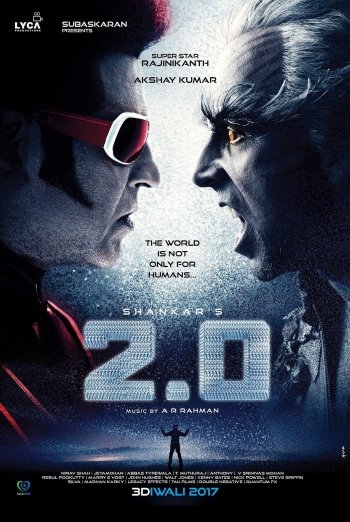 Info
Alpha Coders 3 Images
Interact with the Movie: Favorite I've watched this I own this Want to Watch Want to buy
Movie Info
Synopsis: An ornithologist who commits suicide returns as fifth force to wreack vengeance on mankind for harming birds with mobile phone radiation. The only thing that is standing in his way is 2.0, the upgraded version of Chitti, the robot.


Tagline: The World Is Not Only For Humans ...