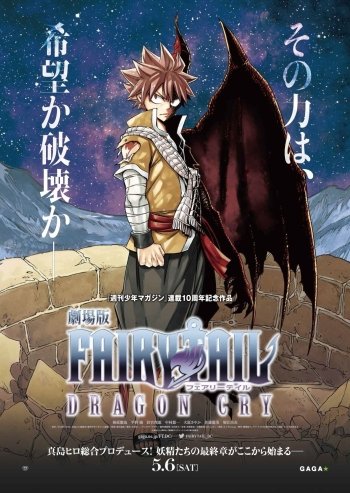 Info
2 Images
Interact with the Movie: Favorite I've watched this I own this Want to Watch Want to buy
Movie Info
Synopsis: This year's 25th issue of Kodansha's Weekly Shounen Magazine announced that a second anime film of Hiro Mashima's Fairy Tail manga has been green-lit. The magazine is unveiling imageboard art that Mashima himself drew for the film. The upcoming issue is also publishing two chapters of the manga (it is the fourth issue in a row with two chapters), and it teases "the series' biggest shocker ever! A development you absolutely can't miss!!"