Movie Abyss Memoirs of a Murderer 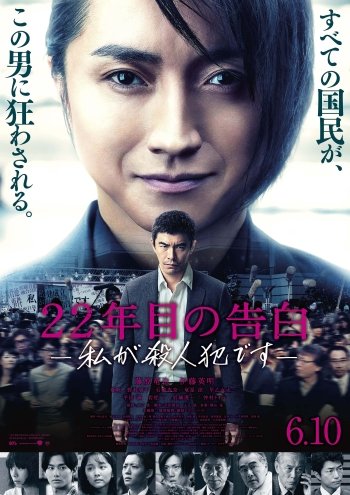 Memoirs of a Murderer

Info
1 Images
Interact with the Movie: Favorite I've watched this I own this Want to Watch Want to buy
Movie Info
Synopsis: The movie begins in the year 1995 where there were 5 peculiar murder cases. The murderer would always get someone close to the victim to witness how he would strangle the victim from behind with a rope but he would let the witnesses go and speak to the media on how the murders happened. Ito plays the role of Makimura, the police detective who was in charge of investigating the serial murders but failed to catch the cunning murderer and his respected superior ended up being killed as well. 22 years later in 2017 when the case is nearing its statute of limitations, a man named Sonezaki claims to be the culprit for the 1995 murders and even publishes a book titled "Watashi ga satsujinhan desu" to talk about the cases. Despite the disgust towards Sonezaki's actions, the intensive attention showered on him via the media and SNS makes him become the talk of town.