Info
2 Wallpapers 1 Images
Interact with the Movie: Favorite I've watched this I own this Want to Watch Want to buy
Movie Info
Synopsis: In 1879, during the Zulu wars, man of the people Lt. John Chard (Stanley Baker) and snooty Lt Gonville Bromhead (Michael Caine) are in charge of defending the isolated Natal outpost of Rorke's Drift from tribal hordes, holding out during an Alamo-like seige until they are overwhelmed, losing the battle, but going down in history as heroes. 150 soldiers defended a supply station against some 4000 Zulus, aided by the Martini-Henry rifle 'with some guts behind it. "At Rorke's Drift, eleven Victoria Crosses were awarded. Seven to the 2nd Battalion, 24th (2nd Warwickshire) Regiment of Foot, one to the Army Medical Department, one to the Royal Engineers, one to the Commissariat and Transport Department and one to the Natal Native Contingent.


Tagline: Dwarfing the mightiest! Towering over the greatest! 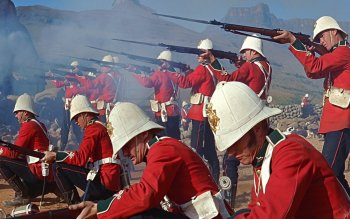 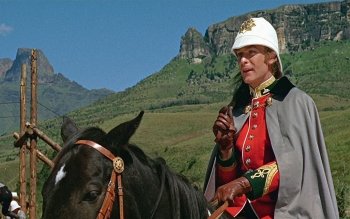